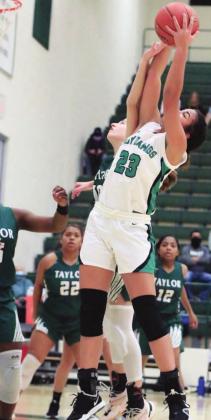 Lady Dawgs remain undefeated in 19-4A

Wayne Craig Bulletin Sports
Body
The varsity Lady Dawgs have remained unbeaten in 19-4A play knocking down Salado and Taylor last week. Those two wins brought their overall record to 16-1; 3-0 in district play.

Wayne Craig Bulletin Sports
Body
The Lady Bulldog soccer team has been busy with numerous games over the past week. Burnet’s girls traveled to Georgetown on Thursday, Friday, and Saturday, Jan. 7-9, for their first tournament play of the year. 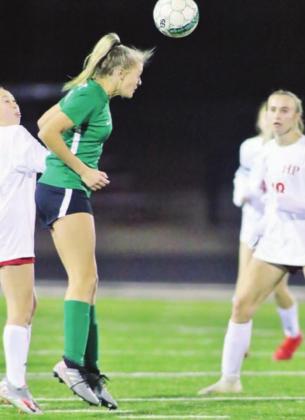 News Staff
Body
Caty Crow jumps to head the ball toward a teammate during the Lady Dawgs’ Friday night game in Burnet versus Hyde Park. Crow scored Burnet’s only goal in the 2-1 loss. Read about the progress of the soccer team on Page 14. Wayne Craig/ Clear Memories 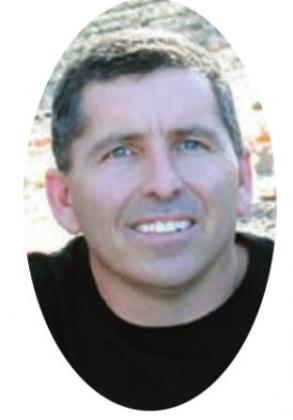 Wayne Craig From The Dawg House
Body
It’s times like these that I’m even more thankful that my job in media is to strictly cover sports. It seems like all you ever see in the news anymore is negative. Between COVID and politics most of the time we just change the channel to something a little less depressing. Speaking of that have you watched Cobra Kai? It’s just a cheesy Netflix series but if you enjoyed the Karate Kid in the 80’s you might actually enjoy it. There are three seasons currently available so it could at least fill a weekend or two. 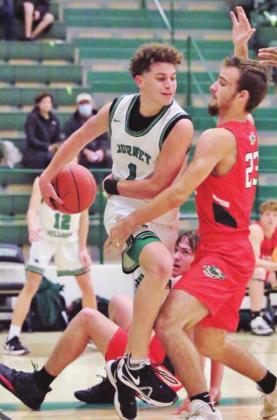 Bulldogs victorious in 19-4A opener

Wayne Craig Bulletin Sports
Body
The Bulldog basketball teams began play last week on the road at Gatesville. Burnet’s JV squad came up short 37-26 in their contest. Will Lewis was the team’s leading scorer with six points. He knocked down a pair of two-point field goals and was a perfect two of two from the line. Next on the chart was Lane Murphy with five, followed by Cooper Weeks, four; Jacob Atkinson, three; Moses Solis, two; Hayden Brown, two; Andrew Tyler, two; and Vance Pennington, two.

Wayne Craig Bulletin Sports
Body
The Lady Bulldog basketball program opened 19-4A play on Tuesday versus Jarrell and all three teams produced convincing wins. The freshman kicked district play off with a 40-21 victory to move their record to an impressive 11-1, 1-0 mark.

Wayne Craig Bulletin Sports
Body
The Green Wave hosted their ninth tri-meet of the season on Friday at the Burnet YMCA. Burnet’s swimmers only have one meet left in the season before the District 17-5A meet which is schedule for Jan. 22 for diving and Jan. 29 for swimming. Burnet swim coach Stephanie Pegues noted recently that her athletes have been working hard and are right where she wants them on the brink of district competition. “We have been training extremely hard lately getting in 4,000-5,000 yards each day for the last two weeks,” said Pegues. “Everyone looked strong in our latest meet and we are right where we need to be as we go into our taper for district championships at the end of this month.” 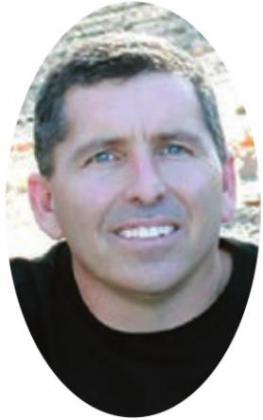 Getting back to work

Wayne Craig From The Dawg House
Body
Having some time off to spend with family during the Christmas and New Year’s break was great. It’s always nice to have a little time off to just relax and visit with our kids. Our original group of five is now 10 so anytime we are all in one location these days I consider it to be a blessing. 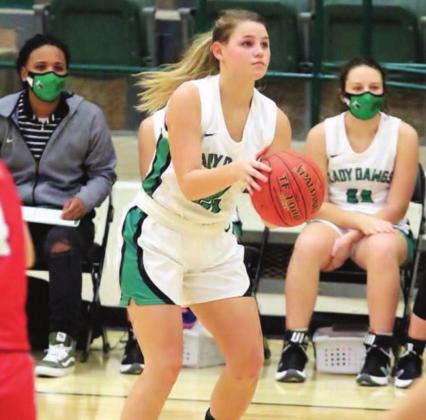 Wayne Craig Bulletin Sports
Body
The varsity Lady Bulldog basketball team improved their overall record to 13-1 with a pair of wins over the holiday break. Burnet’s girls defeated Blanco, 53-37 and Georgetown Eastview, 57-55 to reach the 13-1 mark.