There have now been three fatalities attributed to COVID-19 related illness in Burnet County — all from individuals who were patients in local nursing homes, according to the Department of State Health Services.

Along with the reported fatalities, there are 101 total cases in a Burnet County, with 51 active cases and Burne 47 individuals who have reportedly recovered goal from to ach the virus. A total goes of 1,734 pro, people gives have been 2006, tested there in Burnet County. and female The latest confirmed 100 percent fatality, which occurred June

The latest confirmed 100 percent fatality, which occurred “Not June m 17, involves a woman in her 80s who was a patient make it at to a Burnet nursing By home, AlexAndriA Burnet rAndolph County Judge said. James “It’s Oakley stated on his social media page. football pla Burnet Bulletin

Oakley has been keeping a running tally of the local figures associated with COVID-19 testing for the past several months.

DSHS officials have also confirmed the reported death of a second resident from a Bertram nursing home, a woman in her 80s who had tested positive for COVID-19 on June 3 and had “significant other health issues.”

The first reported death involved a 57-year-old patient with cardiovascular health issues in a Bertram nursing home who tested positive for COVID-19 after her death on May 26.

There have now been seven confirmed cases among residents at the Bertram facility as well as at least six other cases involving staff and their families, with more expected in coming days, Oakley said.

Of the latest active cases in Burnet County, at least 14 involve individuals who are younger than 40 years of age. Oakley said there does not appear to be any ties between these individuals and other recent confirmed cases.

Since Memorial Day, there have been 71 new cases — up from 30 at that point — as the number of confirmed cases has tripled.

“This is quite an uptick in new cases that are not attributed to any event or gathering,” Oakley said.

“Be careful out there and use your own common sense to avoid virus contact. Also, please understand that this report information is derived from what is being provided by the State Health Department. Sometimes that information can be slow to be reported by the state.”

Meanwhile, Llano County has 13 total cases, of which six are listed as recovered and seven are active, with no fatalities, Judge Ron Cunningham said. A total of 1,137 people have been tested in Llano County. Latest cases all involve

Latest cases all involve individuals between the ages of 50-89 and are in Horseshoe Bay, Kingsland, Llano and Tow. Statewide, there have been

Statewide, there have been 2,192 COVID-19 fatalities as well as 114,881 positive cases reported as COVID-19 cases are found in 241 of Texas’ 254 counties. There are 69,190 patients are estimated to have recovered from the illness, leaving 43,499 estimated active cases. A total of 1,767,701 people have been tested statewide, including viral and antibody testing.

“This is quite an uptick in new cases that are not attributed to any event or gathering. Be careful out there and use your own common sense to avoid virus contact.” 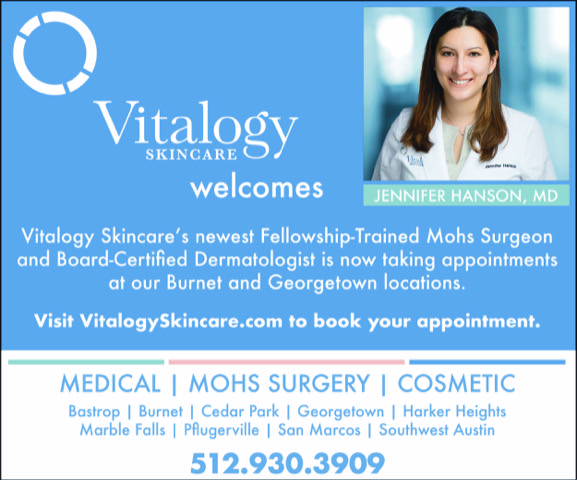